Did you get an iPad yet?

You do have an iPhone, right?

Or whatever brand of smartphone you prefer – you know, the kind that has internet capacity (and not WAP, either).
If you do, you’re part of the future, if we are to believe some of the big players. Apple seems to have already relegated their actual computers to an afterthought, compared to the efforts placed on the carry-with-you-gadgets, Microsoft is moving in, and every mobile service provider out there is scrambling to give you on-the-go internet, as is a plethora of other service providers (here in Denmark we have free internet access on buses and trains, for example).

Mobile internet is the future, apparently.

Well, I’m not gonna poop on that, it’s probably true – I am, however, going to add some comments to it, for you to make of what you will.

The defining factor here is speed. The speed of your internet connection, and the processing speed of your hardware.
By now, the standard internet connection is more than 1 megabit, and many if not most people have way more.
This doesn’t just mean you can download that video of the sneezing panda in mere seconds. It profoundly affects the way web sites are coded; almost the entire progress in website design and coding has been dictated by the increasing bandwidth and computanional capacity available.

The earliest web sites were just static text, perhaps with an 8-bit image, then later with a few spinning gifs, but try going to, oh, I don’t know, let’s say your Facebook page.
Run your mouse over it a little – see all those tips, hints, pictures and stuff popping out? The constantly updating statuses, chat, whatever?
Or check out your favorite news outlet, and notice all the Flash adverts all over it – they need the advertisement for funding, without it they can’t exist.

Each of all of those things demand a chunk of code be downloaded into your browser, and for your computer to execute it. They also demand something else: The Mouseover Event.

Not many mobile units have that kind of bandwidth yet, and they also don’t have any mouseover capacity (because there is no mouse pointer – your finger is the pointer). We’ll get back to the power in a moment, but that event needs a little explanation, especially if you’re not a web geek.

You see, most of what makes websites of today non-static (or reactive) is due to the mouseover event family. Regular code (HTML or Javascript) can pay attention to your mouse pointer and make the website react to its location, and most Flash in websites is almost entirely based on mouse pointer detection.

Basically, the only thing most Flash content will do on a mobile device is play video and let you click things like regular links – forget about playing all but the simplest point-and-click games, for example.

This is no small point – websites that rely, say, on expanding menus can’t be used at all on a mobile unit, pure and simple; you can’t access the site content if you can’t get the menus to show. 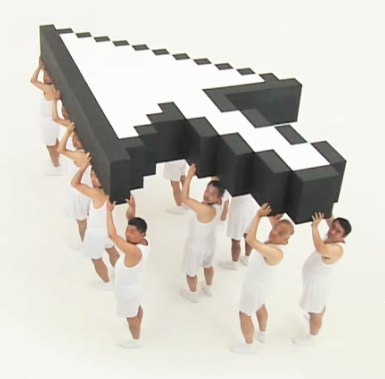 sadly, this is not live anymore – easily one of the funniest memes ever

Then there’s the issue of power. That’s actually pretty straight forward: – if the content requires a lot of stuff to be downloaded and executed in the client (your browser), current mobile chips just don’t have the power, and, perhaps more importantly, neither do the batteries.

And battery technology is not following Moore’s law and can’t keep up – if you want an indication of the power consumption, try running some Flash content on your laptop without the charger plugged in. It will hork that power down like a stoner with a plate of burritos. 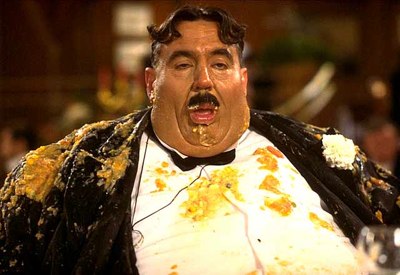 Also, it is worth keeping in mind that a lot of stuff gets downloaded or executed behind the scenes even if you don’t point at or click on it, sucking up bandwidth and power beyond your control.

The reason this situation exists is that web content as we know it was designed on, and for, stationary computers and laptops with a charger never too far away – obviously, the content was built to push the available power to its limit.

But what is the new situation – mobility – going to mean then?

Are we going to see all the knowledge and funcionality of the 21st century internet suddenly becoming, not obsolete (as it is not being replaced by something better, not yet anyway), but just not used anymore?

I mean, take Silverlight for example, Microsoft’s cutting edge web technology, which they’ve spent years developing. Good luck with that on a mobile device – it’s geared specifically towards all that multifunctionality executable stuff, rich media and whatnot, and even if the mobile chips grow powerful enough to handle it, and even if mobile internet becomes fast (and cheap) enough, we still need some pretty exceptional leaps forward in battery technology to be able to use it.

HML 5 is going to have problems too, as a large part of it is centered around extended mouse pointer detection functionality and rich media.

Will all this carefully developed technology be wasted? What should web developers focus on – powerful stationany machines or iPhones? With the current challenge of getting consistant behavior across platforms and a few years worth of computers (which has people like that frothing at the mouth already, let me tell you), they’re not going to be able to cover both flavors at once; the difference is way too big.

Are we going to see two internets – one for mobile, another for “real” computers? I mean, sure, we want stuff that works on our mobile devices but we don’t want to come home to our actual computers and load up something that looks like Facebook Mobile. We want the bells and whistles there.
But do we want two internets?

I guess what I’m asking is, are we going to see this state-of-the-art, developed-over-decades internet tecnology go tripping over its own feet, like the awkward adolescent it is?

– and it designs back… On a great dane