I’m not beholden to TED or anything but, once again, I’d like to kick today’s topic off with a video – and I should point out that even though the topic for this article reads both “UX” and “Design Thinking”, neither is heard in the talk, and it’s not because I linked the wrong video.

What you just saw and heard was very nearly the heart & soul of Design Thinking, as well as a beautiful illustration of what “user experience” actually means. Allow me to explain…

Design Thinking is, at its heart, a user-centered approach to problem solving.

How so? Well, Design Thinking means creating a solution to a particular problem by design, as in “on purpose”, carrying the ultimate objective of the exercise through from concept to launch – and, ideally, onwards into use, re-iteration and optimiziation. This is what Timothy Prestero, in the above video, calls “designing for outcomes”.

– and, within this sphere of interest there is no such thing as a problem which doesn’t involve some kind of agent – a user, in other words; we generally aren’t all that interested in designing for processes in which no humans take part.

You’d be forgiven if you feel you’re not actually sure what Design Thinking is – at this point in time it’s considered a very new concept, to the point that, for example, the Wikipedia entry on it changes almost daily, and carries several warnings concerning the validity and quality of the content.

One way of framing it comes courtesy of one of the most important voices behind popularizing this concept, and it goes that it’s a process of combining empathy, creativity and rationality, in an effort to match “… people’s needs with what is technologically feasible as a business strategy” as expressed by Tim Brown, CEO of IDEO, in his book “Change By Design”. 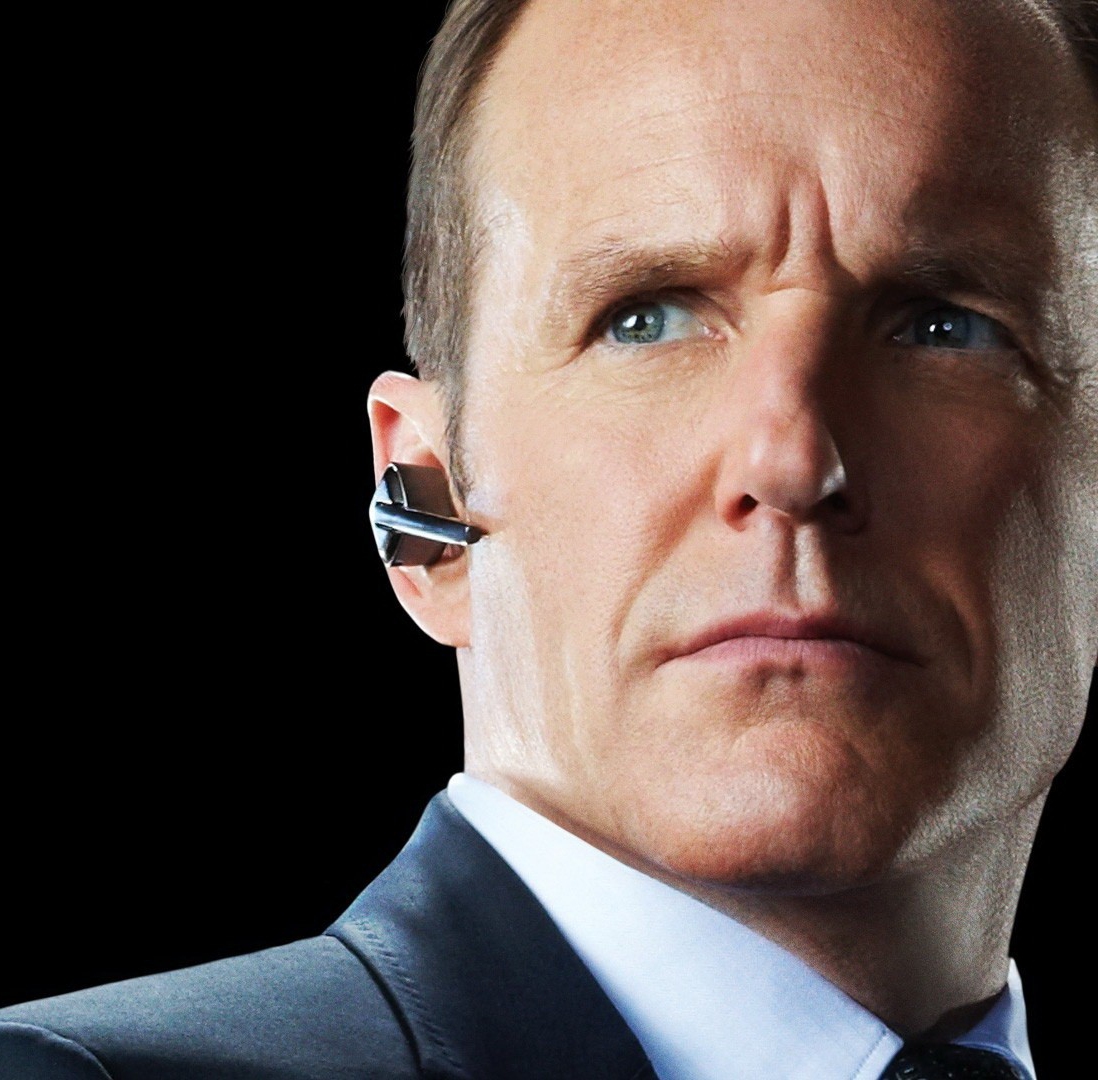 no, not that kind of agent… 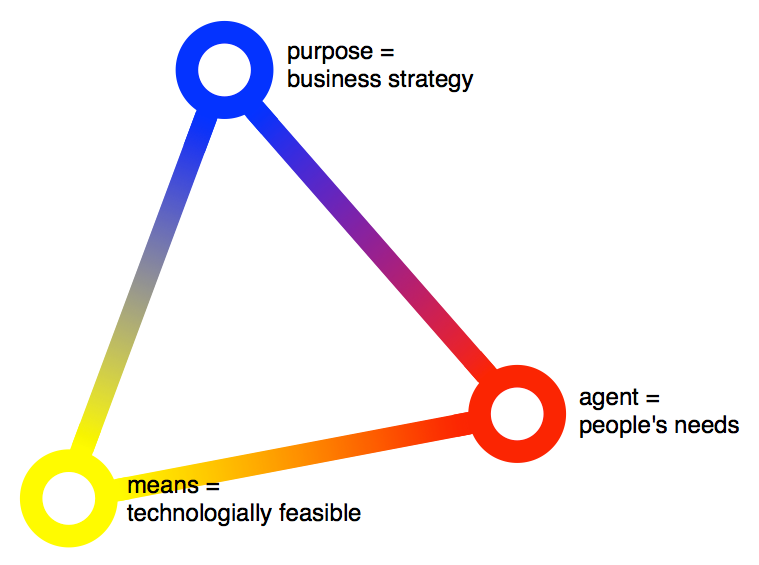 Incidentally, this echoes my personal model, the Activity Triangle, which I use to map the relations within a project in order to properly address the user, which is why there’s a picture of it right there.

As it’s plainly obvious, “Design Thinking” and “User Experience and Understanding” are very close indeed – one might say that DT is the natural extension of taking UX seriously, or you could frame it so that UX is a requisite ingredient for anything to be considered DT. In either event, they’re inseparable, as the core tenets of DT represent the bulk of the UX specialists’ tool box.

It should be noted that while Design Thinking is indeed considered novel, the basic concepts that underpin it are by no means new or newly created – the aforementioned book by Tim Brown came out in 2009.

And of course the kinship between DT and former buzz concepts such as User Driven Innovation and Activity Centered Design (the latter of which I made an explicite part of my process the same year, inspired, among other things, by Don Norman who’s been talking about this since the early 2000’s) is obvious even to the casual observer.

So there, now you know a bit more about what’s up with these topics – they get a bad rap for being esoteric but I don’t think that’s totally fair; as you see it’s actually kind-of straight forward. Go on, go back up and watch the video again, I’m sure it makes sense to you now why I would say that it’s about Design Thinking and, by extension, about understanding users, their experience and their reality.

If you would like to have a more specific rundown, as it applies to your particular branch, company or activity for example, please reach out – I’d be more than happy to provide an up-close-and-personal version just for you.

Talkback: Facebook, Oculus & the future of VR/3D What is “The Internet of Things”?