I’ve decided to re-publish, in this new framework, and old(er) article of mine, known as my “Work & Manifesto” from the 2009 incarnation of my website (which you can still visit here) – I still feel it’s relevant, even if it is now bolstered by another half-decade of additional experience and deliberation:

Jesper W. of Copenhagen is the professional identity of Jesper Wille – who is this person…?

My speciality is experience and activity – the meeting of the created and the people for whom it is created, a creative method I (among others) call Activity Centered Design. 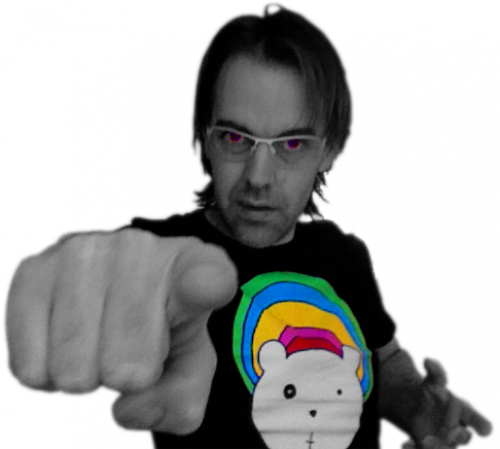 The “Activity” is whatever a user is going to be doing with that which is being designed, and – obviously – the “User” is the person or persons doing it.

The distinction may seem subtle but it is very important – basically it’s like this:
Let’s say we’re designing a cell phone. With Human Centered Design, we’ll get to work gathering info on and describing and analyzing in detail the people who use those things, which is pretty much everybody.

So what kind of relationship does a lawyer, male, 42, slightly overweight, have to his phone?
a single home maker, 34, female?
a taxi driver?
a teenage girl?
a teenage boy?
an executive, a brick layer, a musician, teacher, baker, flight attendant, and a partridge in a pear tree…?

With Acitivity Centered design, we go to work on what people will be doing with their phone: Phoning – and texting, and a few other things.

Because the activity of using almost anything is going to be very similar, regardless of who is doing it and why, we’ll be able to build a conceptual model in our minds that encompasses the desired scope of the project – but no mind or model can encompass the mass of human beings who will be using almost any object, process or service we create.

you can get some more depth on the matter from Don Norman if you’re interested – he is basically describing what I do and why.

update (so I did cheat a little): I also recommend the book “Customers Included” by Mark Hurst (whom I consider a friend and have learned much from) and his partner at Creative Good Phil Terry

Having a clear understanding of human beings and who they are – in relation to your design matter – is all well and good, in fact it’s very important.
If you get your personas and user groups going, you may actually come up with some pretty good design (though it should be noted that you may also not).

But I don’t just aim for good design.

Great design comes from getting to know, in depth, the reality of what you’re designing for, and – following the tenets of Activity Centered Design – from knowing the rules, in order to break them in a meaningful way.

Anyone can break the rules or spurn tradition but it takes courage and knowledge to do it right – the method of ACD does not provide shake-and-bake answers, and it’s up to the designer to define the conceptual model of the project, and to initiate and facilitate a creatively controlled innovation process to complete the project in accordance with the requirements of that model.

There are many ways of doing this, but one of the most important factors is being willing and able to put yourself out there – in the seat or shoes of your audience, to feel their experience, to listen to them, and to have the courage to draw your own conclusions based on their reality.
And then do it again.
And again.

Touching the… something The emotional signature