Remember a little while ago I had a piece called “Good idea, bad execution“? It’s really OK if you don’t, I won’t hold it against you (although if you want to go read it now that’s totally OK too – I’ll wait), and it’s not a requisite for what’s about to follow – but in that piece I briefly mention smartwatches as an example of that G.I.B.E. kind of occurrence.

In today’s article I’ll go a bit more into what I find to be the user-related problems with smartwatches.

Now, I could go on to rattle off some of the practicalities of these gadgets, in the same vein as some of the recent reviews by Wired’s Mat Honan and Christina Bonnington but, well, those reviews (and many others) already exist, and maybe I’d like to say something new, so what I’d like to lead with is this question:

What, exactly, is the user journey, or use case, or whatever you want to call it, supposed to be for these things?

I’m talking about an overall user case – like, a persona, perhaps, or any real-world scenario in which, on a greater than “by single action” scale, having a smartwatch on your arm makes more sense (specifically several hundred dollars more) than not having it.

For example, let’s look at what, to some reviewers, is the central functionality of a smartwatch: Notifications. The line of thinking seems to be that, sure, there’s a limit to how much you can actually do with a smartwatch in terms of communications but it’ll work as a notifications hub that saves you from pulling out your phone or, god forbid, make your way to your computer. Which leads me to ask: What do smartwatch designers think notifications are for? What do they imagine people are supposed to do with them? Because it looks like they think they’re mostly just for getting rid of with as little effort as possible but doesn’t that depend on a lot of things that have nothing to do with the notification itself?

Personally, I’ve had a bit of a beef since smartphones became a thing, regarding how some people are tempted to handle email with such a gadget – specifically, how I hate sending some manner of serious email, and then getting a reply that looks more or less like this:

Hey man – I got your email, I’ll get back to you when I’m back at the office, on the road right now

Sent from my iPhone

Getting a notification tempts you to open the message and reply to it, despite the fact that you’re doing nothing about it, except removing it from the “pending” list and ensuring you’ll probably have safely forgotten about my query by the time you’re back at your desk, and I’m going to have to ask you again later.

Basically the tech helps you build an illusion that you’ve dealt with your to-do-items when you actually haven’t. Do you think that’ll get better or worse if the notifications go to your wrist gadget, which gives you even less ability to meaningfully do anything about them?

Another thing we might look at is the physical act of interfacing with this thing, and one of the other supposed main benefits of smartwatches (proponents of Google Glass also use this argument): It saves you the hassle of having to bring out and unlock your smartphone.

OK, but are we sure we’re replacing this “hassle” with something less hassle-some? I mean, for one thing you can’t work a smartwatch with just one hand; you either need to bring the other hand over to tap and swipe or whatever, or you need to add your voice to the proceedings. You can, however, almost always bring your phone out, unlock it, and check whatever it was you wanted to check with one hand, only having to bring the other to bear when you’re actually doing something (see the above point).

Oh, and about that voice thing – it’s said to actually work rather well, letting you perform simple operations by voice command and using speech-to-text to reply to messages, but it’s also said to work best in quiet surroundings, having trouble fourier-ing your words out of the overall noise in, say, a crowded restaurant or a busy street. That’s a pretty specific scenario – a message succinct enough that you can glean it from the tiny wrist screen, and which requires only a brief response (since proofreading also isn’t practical so you’re unlikely to respond at length), that you can give while on the go, but not driving because don’t do that, of course, and also not in a place where there’s too much noise. Not to mention that supposedly these things are meant to become ubiquitous so any reasonably-quiet public space is going to be full of smartwatch users, who themselves are now providing the noise…

I’ll just run through a few other points, before I run out of space or, more likely, your patience:

– The smartwatch is supposed to take over some of the simpler tasks of a modern tech life but that bumps up against what I find to be a common user experience principle: The solution to a task should never be more complex than the task itself – let’s call this the “Rube Goldberg Theorem” from now on. Or not, but the principle is important, I think.

– Oversharing – imagine having Facebook- or Twitter apps on smartwatches, giving people even less control over sharing, and lowering the bar for deciding to do so even further. Yeah, no way that’s not going to backfire, and that won’t just be for the user; you better believe people will blame the tech after a few ill-adviced much-too-easy shares via their smartwatch, and it won’t be entirely unjustified, given how the business of these things will depend on getting people to use them for as many things as possible, the “if you really want to sell hammers make people think everything is nails” method (or not).

– Check out these two pictures and consider: The screen on the left has three tappable items on it, and probably scrolls, but is only about twice as wide as your fingertip – and the clock/weather combo on the right only works as long as both clock hands are above the nine-o’clock-three-o’clock line.

Now, I wear this giant Nemesis watch, despite having a perfectly serviceable clock in my cellphone, so it’s not like I have anything against wearing things on the wrist, even if said things have somewhat superfluous functionalities, but I have to say, at this point, I’m finding the use case for smartwatches pretty thin. 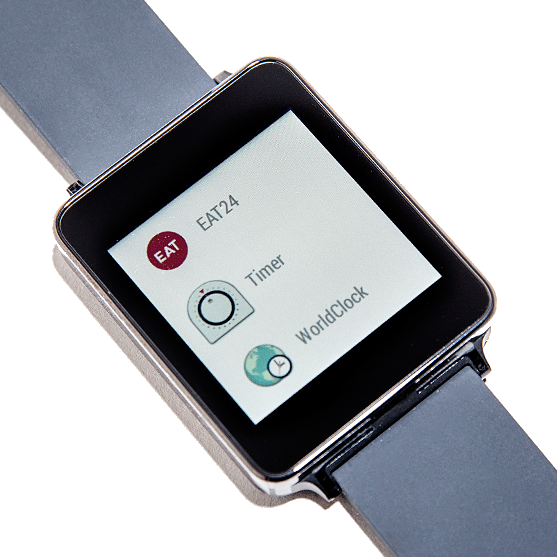 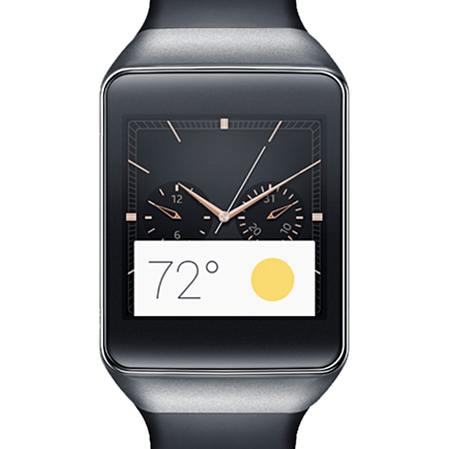 My guess is that we just want to have a conversation with our wrists like David Hasselhoff in “Knight Rider” because we think it would be cool, and I support that. But I also think that, with all that we can do, and all that we have done, we should have some bolder ambitions for our tech, including at consumer level – we should be making things so impossibly cool that we’ll still be going “Man, can’t believe I ever lived without this” long after we’ve gotten over the novelty.

With smartwatches, I just don’t think we’re there.

The experience in hiring “Spitballing”?